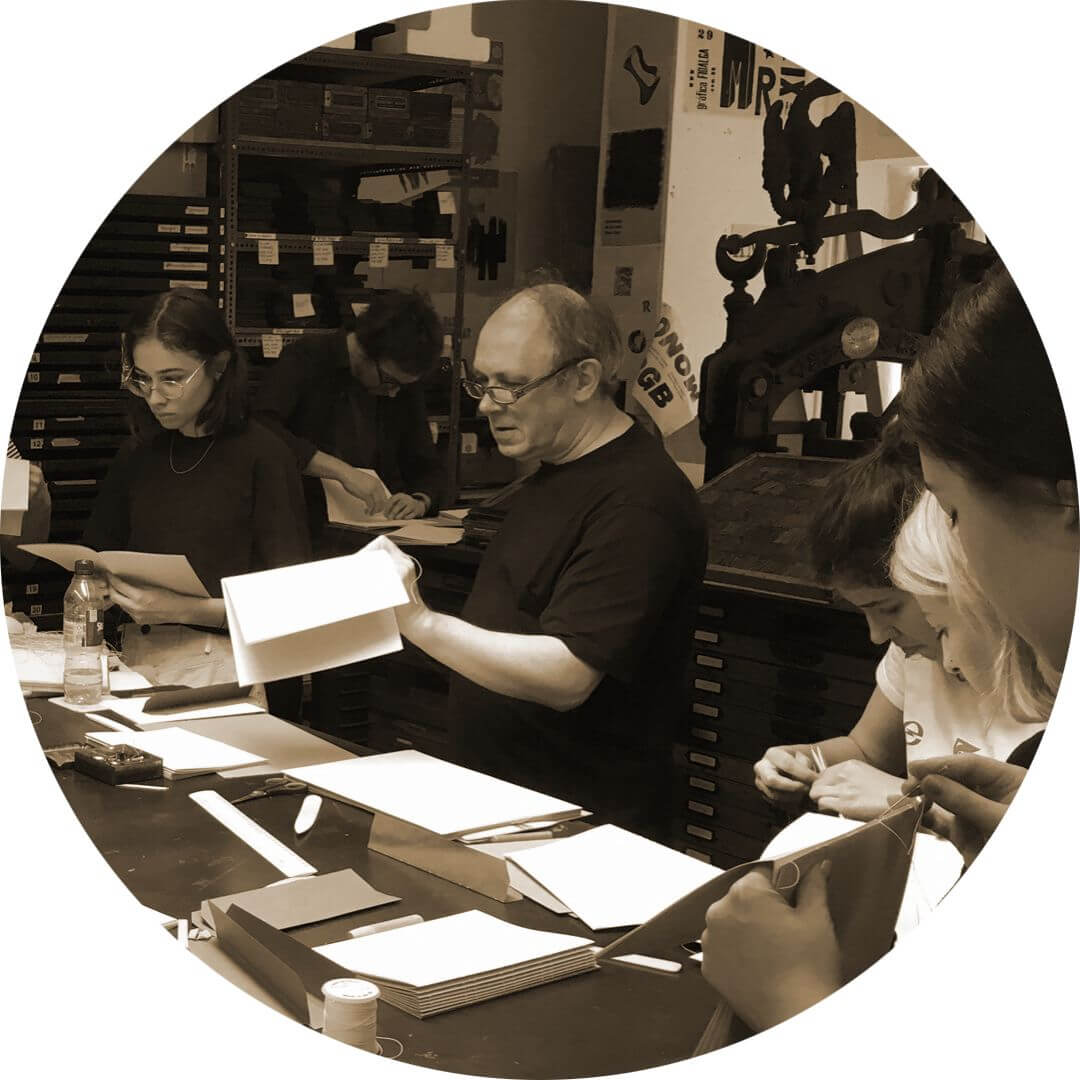 Tom graduated from Glasgow School of Art with a degree in Fine Art (Sculpture) in 1980 then trained as a die-sinker with a London-based firm before going on to set up his own engraving and die-sinking business in Scotland in 1994.

Examples of Tom’s work are held in many public and private collections in the UK, USA and EU. In 2013 Tom established a craft bindery in Irvine, Ayrshire where he continues to work on commissioned design bindings and also teaches and mentors art and bookbinding students. 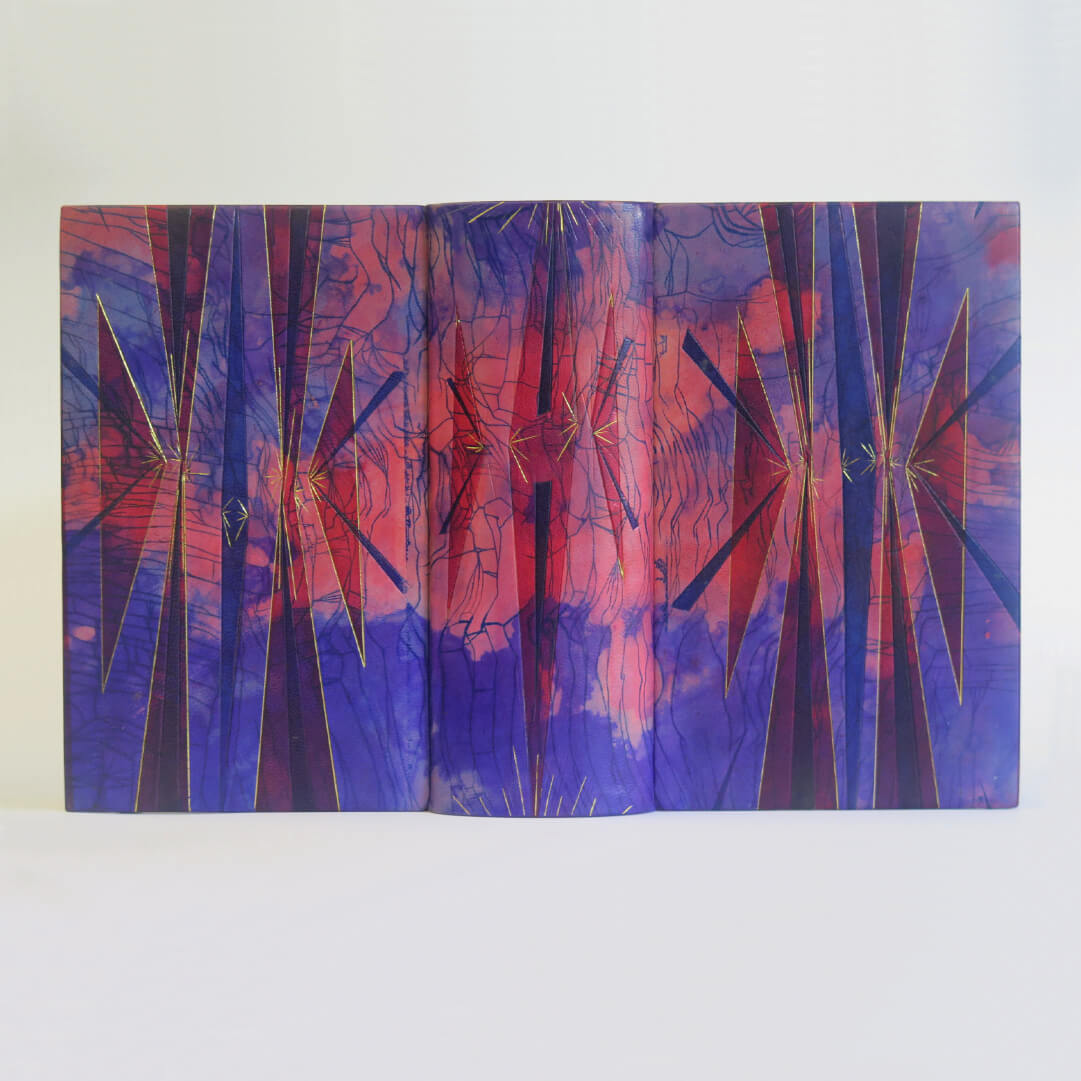 The 1030 pages, essentially of one sentence, distributed over 29 sections, each of 36 pages, created an unusually thick textblock. This gave the opportunity for some extensive design work on the page edges and spine.

The covering leather and doublures are of natural goat decorated using craquelle techniques with several applications of printed and dyed resists. The base design elements were then emphasised with gold and blind-tooled lines. All edges were decorated with acrylic ink, transfer print, gold leaf fragments and gold-tooled lines. Endbands are of decorated leather to match the edge decoration. 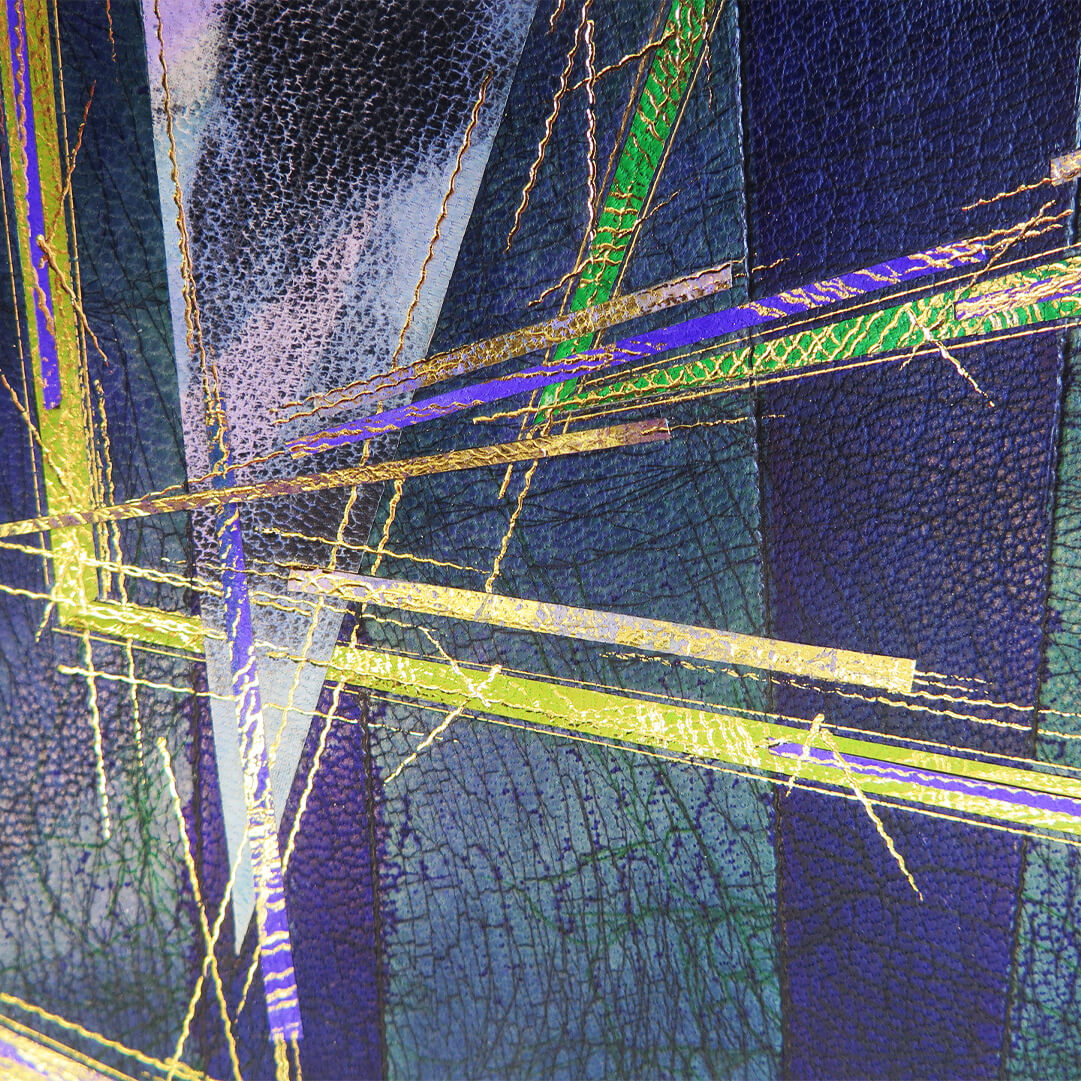 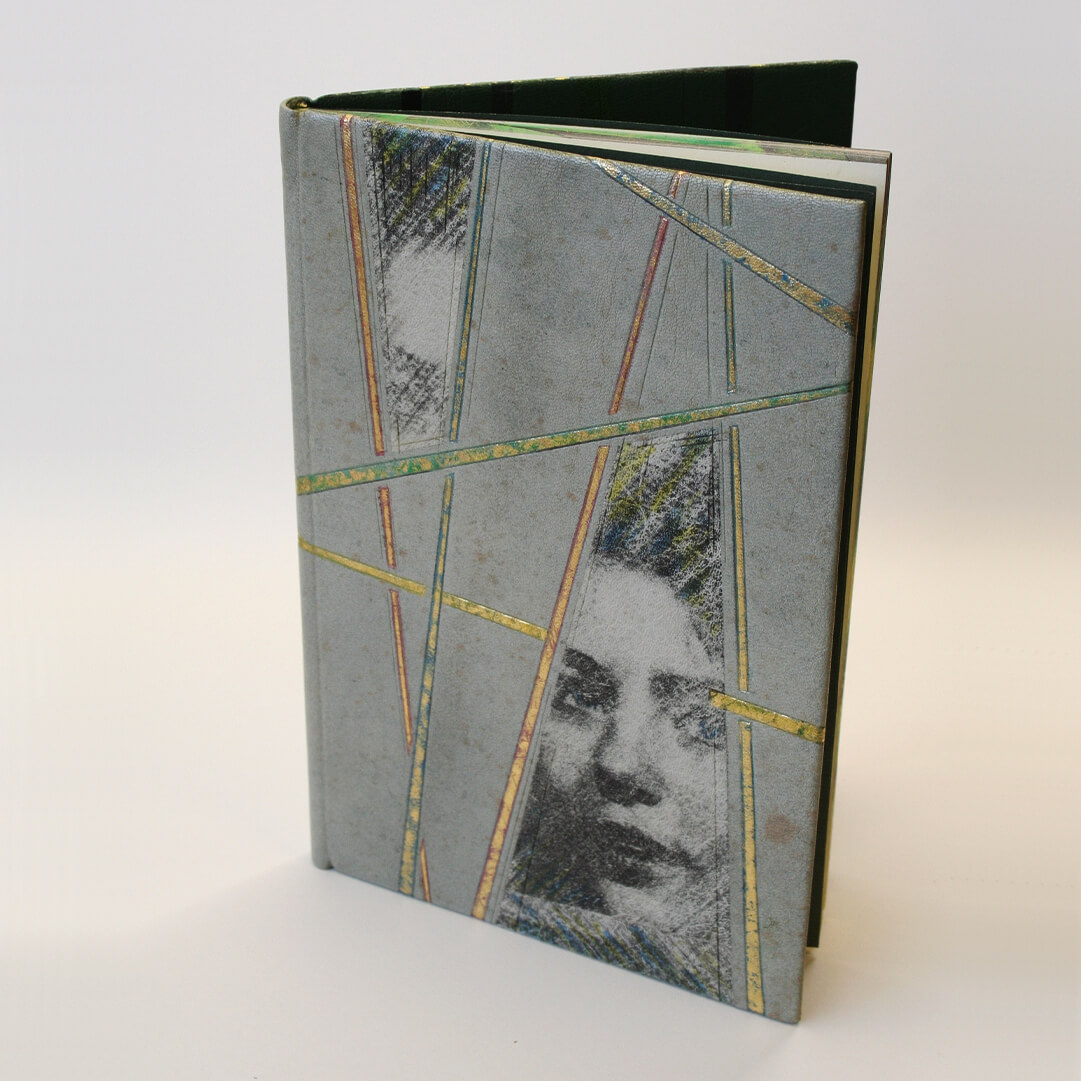 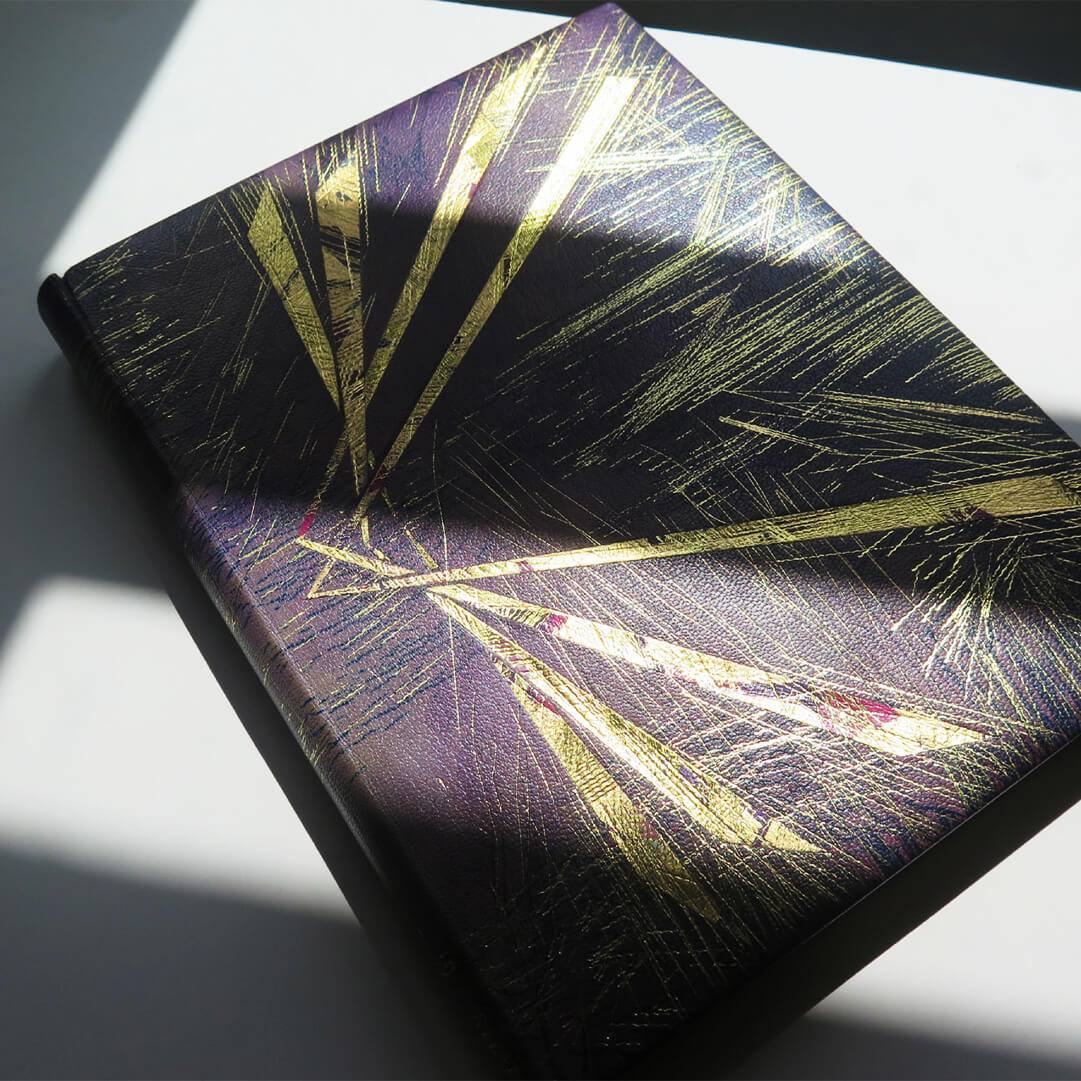 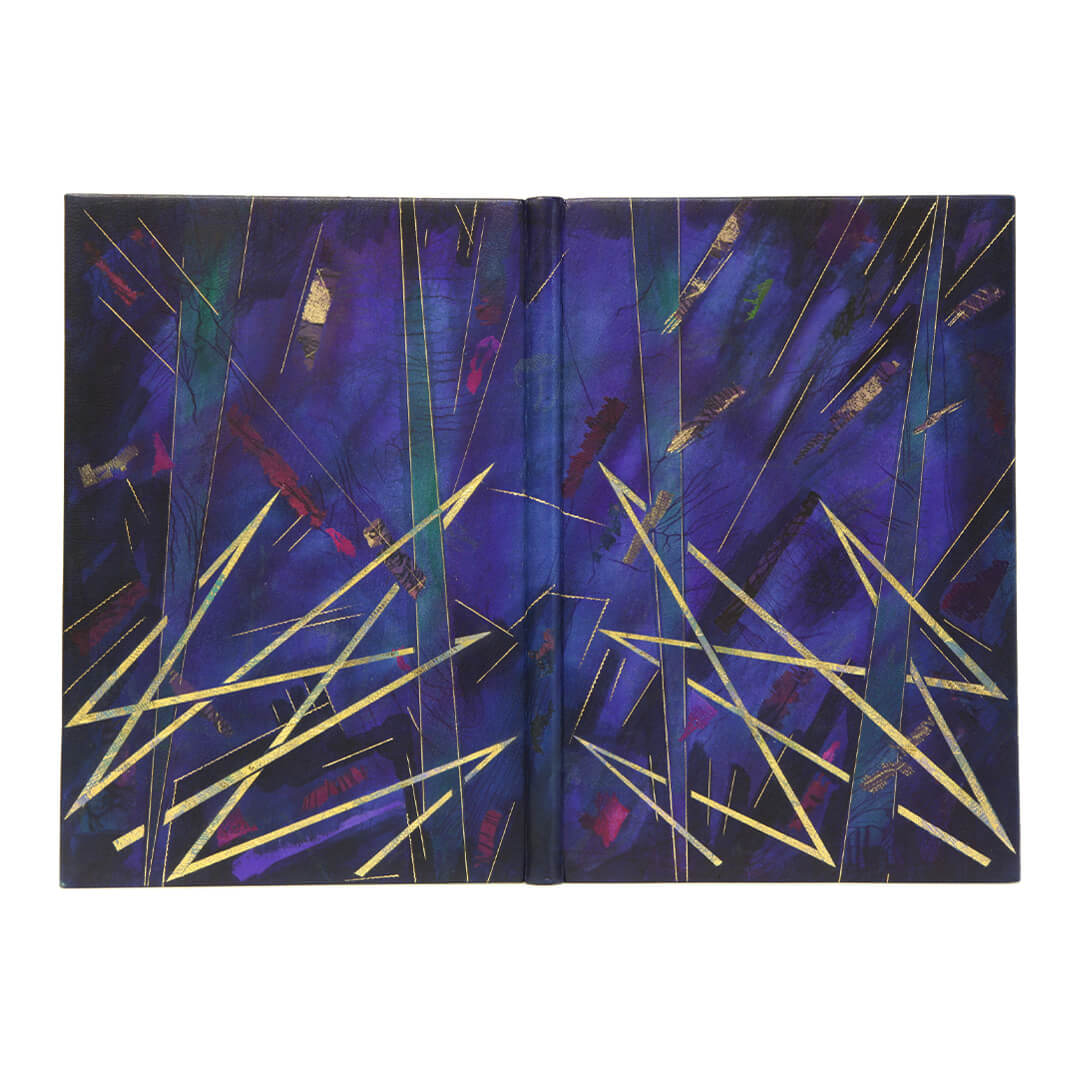 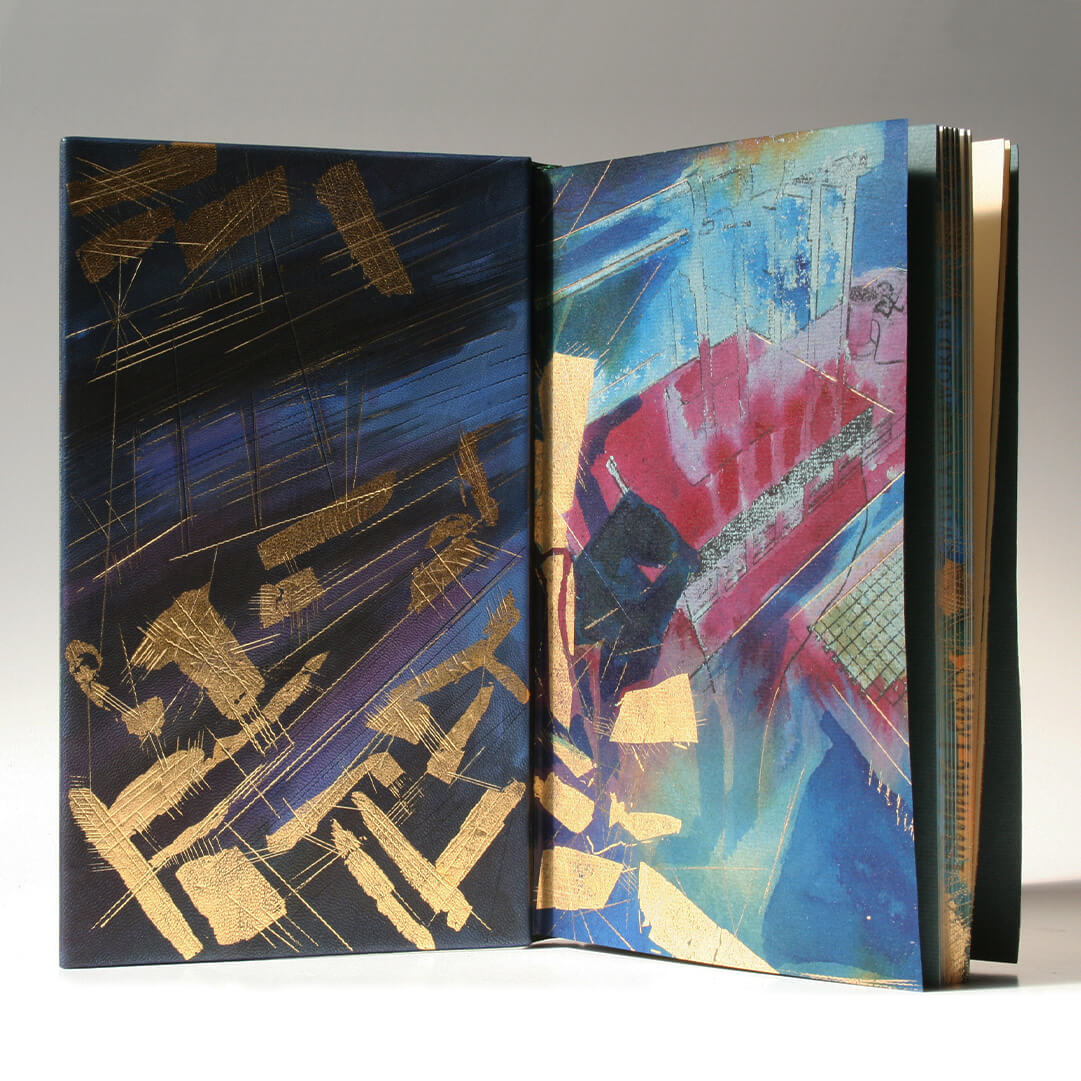 Covering leather and doublures are of hand-dyed natural goatskin decorated with print and flaked gold with the addition of blind and gold-tooled lines and textures. All edges and flyleaves are decorated with ink, transfer print, gold flakes and tooled gold, acrylic ink and watercolour. 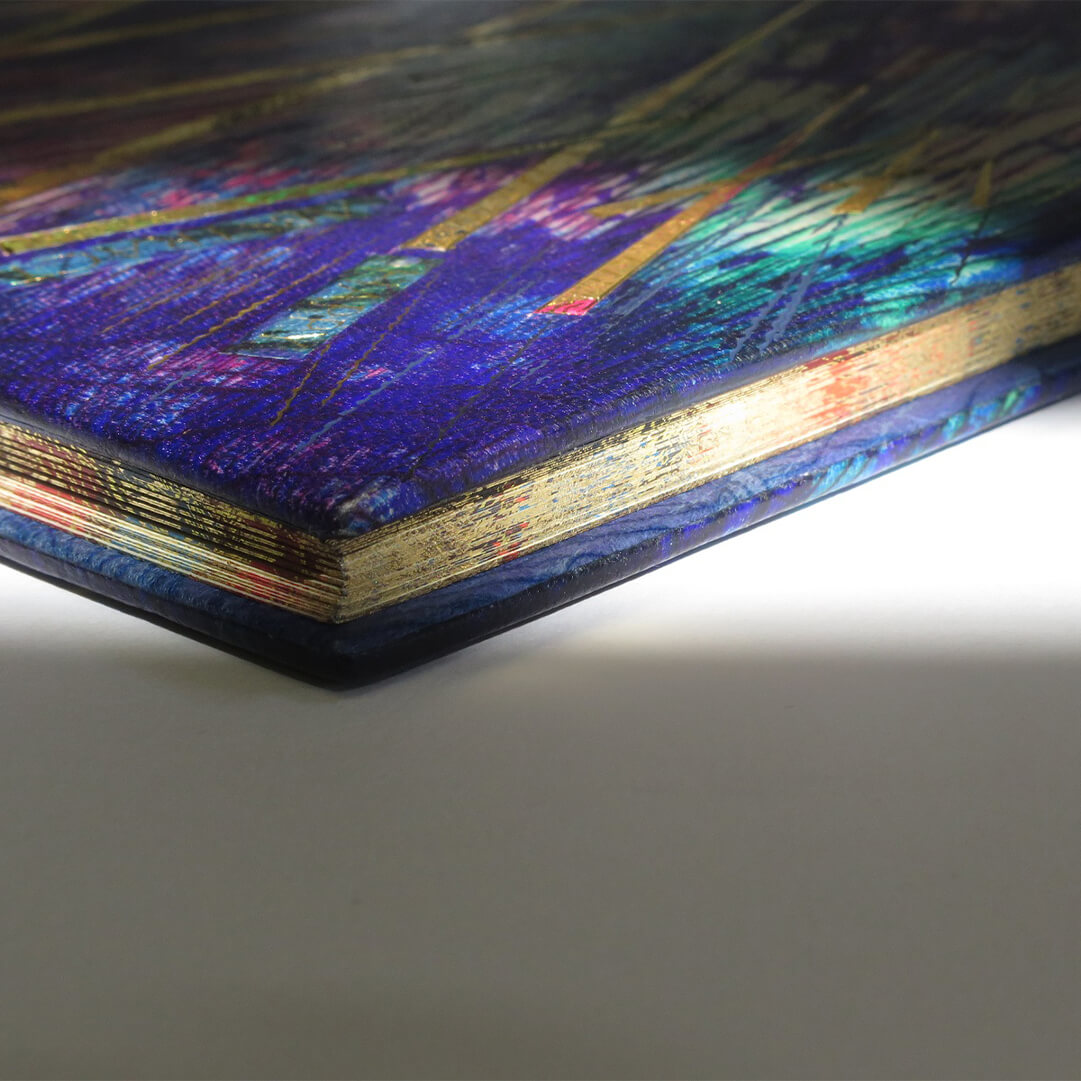 Deirdre and the Sons of Usna by Fiona Macleod
Thomas B Mosher, 1905
Bound in 2020 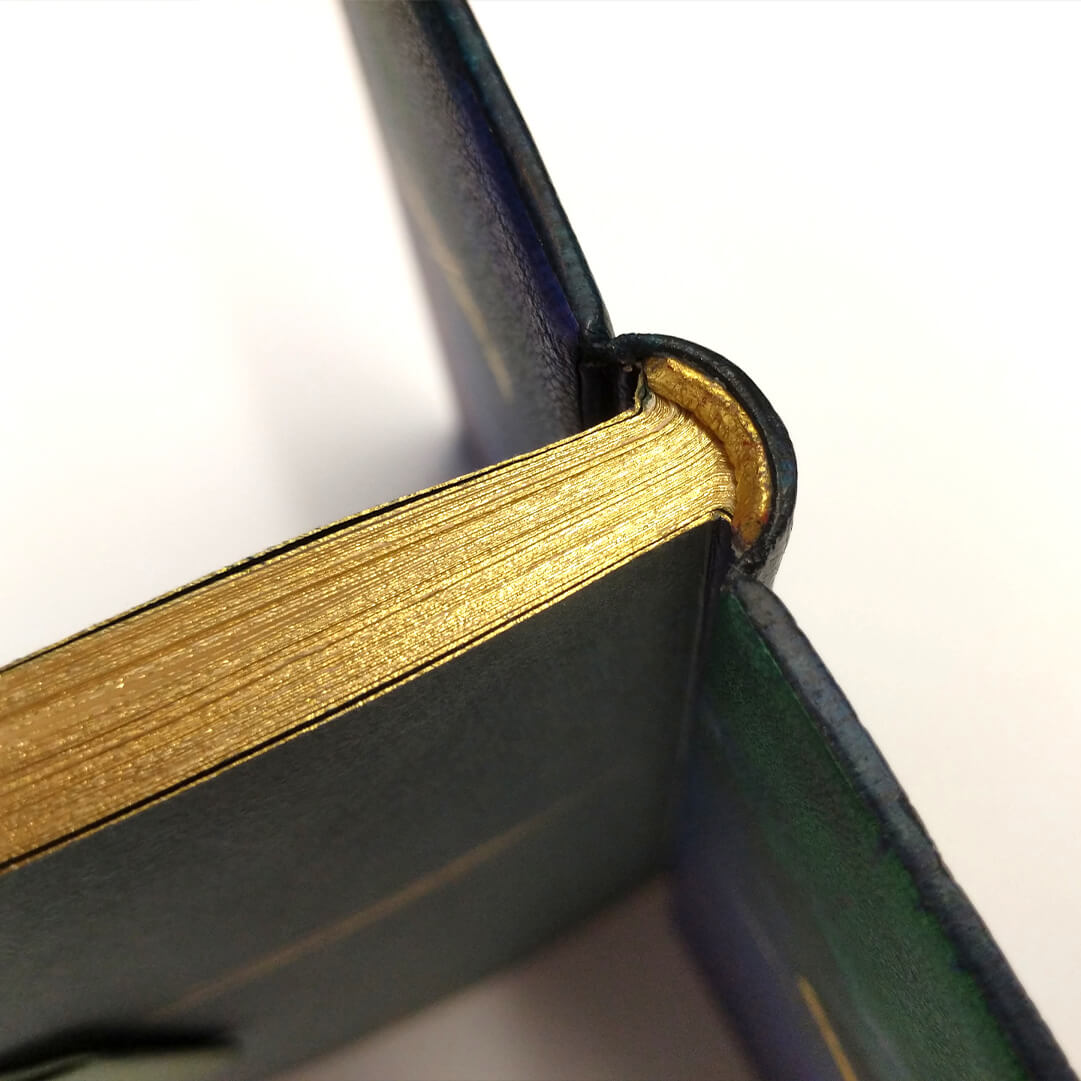 Page load link
We use cookies on our website to give you the most relevant experience by remembering your preferences and repeat visits. By clicking “Accept All”, you consent to the use of ALL the cookies. However, you may visit "Cookie Settings" to provide a controlled consent.
Cookie SettingsAccept All
Manage consent

This website uses cookies to improve your experience while you navigate through the website. Out of these, the cookies that are categorized as necessary are stored on your browser as they are essential for the working of basic functionalities of the website. We also use third-party cookies that help us analyze and understand how you use this website. These cookies will be stored in your browser only with your consent. You also have the option to opt-out of these cookies. But opting out of some of these cookies may affect your browsing experience.
Necessary Always Enabled
Necessary cookies are absolutely essential for the website to function properly. These cookies ensure basic functionalities and security features of the website, anonymously.
Functional
Functional cookies help to perform certain functionalities like sharing the content of the website on social media platforms, collect feedbacks, and other third-party features.
Performance
Performance cookies are used to understand and analyze the key performance indexes of the website which helps in delivering a better user experience for the visitors.
Analytics
Analytical cookies are used to understand how visitors interact with the website. These cookies help provide information on metrics the number of visitors, bounce rate, traffic source, etc.
Advertisement
Advertisement cookies are used to provide visitors with relevant ads and marketing campaigns. These cookies track visitors across websites and collect information to provide customized ads.
Others
Other uncategorized cookies are those that are being analyzed and have not been classified into a category as yet.
SAVE & ACCEPT
0
0
Your Cart
Your cart is emptyReturn to Shop
Continue Shopping
Go to Top